When is it ok? 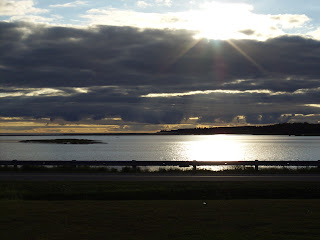 This post might not be very popular.  In fact, I have already been told that my viewpoint on this is too extreme.  I am going to share it anyway though as the Lord simply will not let the thoughts go.

Are you are reader?  Do you like to watch TV?  Movies?  Listen to music?  Play video games?  Board games?

Some of you already know where this is going.

Not that long ago, I read a series of books.  They were “Christian” fiction.  The series was made up of three books.  The story followed the troubled romance(s) of a woman who fled north, away from her unfaithful fiancee and sister and her overbearing family.  As the books progressed, she fell in love, true love this time, with a man so full of hurt that they just could not seem to build anything stable.  Instead, they spent months lusting, hurting and dallying with others while she gave out platitudes about how good her god must be.  Yes, I wrote god with a small g because that was the value the god in the book was given.

By the time I was finished reading the books, I felt dirty.

More recently, I read another contemporary Christian novel.  This time, the plot focused on the hypocrisy of Christians.  Gossip, meddling, lust (again), deception, drunkeness and  not waiting on God were the highlights in this one.

The difference…the second book boldly spoke out against the behaviours.  In the second book, the reader was left with no doubt of the consequences of choosing to sin.  There was an obvious salvation story along with a redemption theme.  The scars of the choices were real and desire to do better was reinforced.  Much time was spent going back to Scriptures and God was ever present during the journey.

Yesterday, HSLDA (Home School Legal Defense) sent around a notice about a new program being launched in prime time by a major North American network.  The theme of the show?  A bunch of women who call themselves Christians and then proceed to slander the name of  God, the person of Christ and the Bible.  In fact, even the show’s name was so offensive it was changed after complaints.

Why is this ok?  Why do these things sell?  The answer, in part, is because we buy.

What is the standard you use in your home to decide what is ok?  Do you and your spouse agree?  Do your children share the same standard?

Included in the list above are board games.  Would you believe that we have actually had to pull cards out of board games because they deal with sex, lust, pornography, drinking and infidelity?

I am guilty of enjoying ‘chick flicks’.  While I sit here and consider the content my head hangs.  This is not where my time is best invested.

One wife and mother told me that she had stopped reading Christian novels altogether because of how they made her view her husband.  Did you ever notice that the men in these books are always strong and virile?  How are they different from a soap opera?

I am not trying to bash all Christian novels.  There are some excellent books on the market (like the second one I described) that are real.  These things happen and we do have a God who saves when we turn to Him.  I am encouraging each of us to take a long hard look at what we are feeding our minds and hearts and decide when it is ok to dabble in sin.

Ephesians 5:12
For it is shameful even to mention what the disobedient do in secret.

2 Peter 2:2
Many will follow their shameful ways and will bring the way of truth into disrepute.

The verse in 2 Peter was especially poignant for me.  The shameful ways of people will bring the Way of Truth (God’s way) into disrepute.

1 Corinthians 10:32
Do not cause anyone to stumble, whether Jews, Greeks or the church of God—

Mark 9:42
And if anyone causes one of these little ones who believe in me to sin, it would be better for him to be thrown into the sea with a large millstone tied around his neck.

Each one of us must be personally accountable to the Lord for what we do and choose and the result of our actions.  Today, I encourage you to consider what values you have chosen for yourself and your family.  Do they bring honour to the Lord?