8 November, 2011Under His Wings - devotional blog 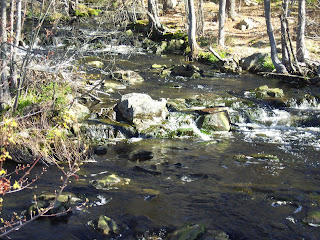 After teaching first aid and CPR for over two decades, I’ve seen a lot of changes to the standards and skills.  In fact, when I recertify in January, the standards will be changing yet again.  When I first began getting my own CPR qualifications, we had to perform on a full body ACTAR that actually timed our breathing and measured the rate and depth of compressions on a ticker tape.  Then, ACTAR became just an upper body with arms, then the tape was gone, next, he was a simple torso with insertable plastic bags that simulated lungs and now he is just a plastic head and foam chest that doesn’t even come pre-assembled.

Year by year, the standards have been watered down in order to make them simple and easy for everyone to remember and do.  ‘Old-timers’ often lament the quality of care that was practiced ‘back in the day’ compared to the get-it-done philosophy of today.

While I was thinking about this, it crossed my mind that in many ways, this is not very different than what has happened in many of our churches and spiritual lives.

Considering the Apostle John and leaders like John Wycliffe, Knox, Bunyan, Edwards, Wesley, Newton and Goforth (just picked Johns but there are many many more), I am staggered by the enormous effect they had on God’s Church.  Their devotion to knowing Him and growing in Him and spreading His Word was amazing.

There are leaders today with as much passion for the Lord, but there is also a growing movement to water down and simplify the Word of God.  Focusing on a ‘Prosperity Gospel’ that boils God down to a jackpot machine if you pray the right prayers is not something that I am able to find anywhere in the Bible.  A God who has no standard and will not exclude anyone is also not something that I have been able to verify.

In fact, God is very clear.

Do you not know that the wicked will not inherit the kingdom of God?

God’s Word was given to us so that we could know him and know what He wants from us and for us.

All Scripture is God-breathed and is useful for teaching, rebuking, correcting and training in righteousness,  so that the man of God may be thoroughly equipped for every good work.

The first five words in that passage are probably the most important.  First of all, Scripture is God-breathed.  It is not just something that people made up.  Secondly, ALL Scripture is God breathed.  That means that it is all invaluable to Believers (and everyone else – even though they do not realize it).

Picking and choosing which Scriptures are relevant or really meant for now is like putting a finger bandage on a broken leg.  The result will be woefully inadequate.

I tell you the truth, until heaven and earth disappear, not the smallest letter, not the least stroke of a pen, will by any means disappear from the Law until everything is accomplished.

The only way to truly know God and His plan for us is to spend time with Him, in prayer and in reading His Word.  There is an elderly gentleman who is a speaker at a children’s Bible camp in Prince Edward Island.  One morning, we were sitting at the breakfast table and he was recalling how many times he had read the Bible from cover to cover.  It was so many that he had lost count!  Over his more than six decades as a Christian, he has dedicated himself to knowing God.
Three Old Testament chapters and one New Testament chapter a day will take you through the Bible in a year.  It is incredible how many places in Scripture refer to other places in Scripture.  I constantly find myself thinking of verses that support what I have just read or explain what I read earlier but did not understand.
Give yourself a gift.  Read your Bible, believing that the WHOLE book was given to you from your Heavenly Father.  Update your perspective by reading the bigger picture.  Take to heart God’s message especially for you.
Every time I read God’s Word, I understand something new.  Instead of watering down His message, God keeps filling it out.  The more I study, the better my understanding of Him.
Update your relationship with God today by committing to know His Word better.  Do not be duped by the philosophy that only some of God’s Word is true.
Revelation 22:16-21
“… I am the Root and the Offspring of David, and the bright Morning Star.”  The Spirit and the bride say, “Come!” And let him who hears say, “Come!” Whoever is thirsty, let him come; and whoever wishes, let him take the free gift of the water of life.
I warn everyone who hears the words of the prophecy of this book: If anyone adds anything to them, God will add to him the plagues described in this book.  And if anyone takes words away from this book of prophecy, God will take away from him his share in the tree of life and in the holy city, which are described in this book.
He who testifies to these things says, “Yes, I am coming soon.”
Amen. Come, Lord Jesus.
The grace of the Lord Jesus be with God’s people. Amen.