There was a little girl… 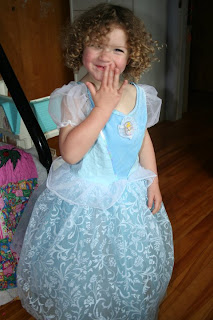 There was a little girl, who had a little curl, right in the middle of her forehead.
When she was good, she was very very good, but when she was bad, she was horrid.

Georgie Porgie, pudding and pie, kissed the girls and made them cry.
When the boys came out to play, Georgie Porgie ran away.

Jack Sprat could eat no fat, his wife could eat no lean.
And so between them both, they licked the platter clean.

As I walked by myself, and talked to myself, myself said unto me:
“Look to Thyself, take care of Thyself, for nobody cares for Thee.”

Nobody likes me, everybody hates me, I’m going to the garden to eat worms.

Mary, Mary, quite contrary, how does your garden grow?
With silver bells and cockle shells and pretty maids all in a row.

One, he loves, two, he loves: three, he loves they say;
Four, he loves with all his heart; five, he casts away.
Six, he loves; seven, she loves; eight, they both love;
Nine, he comes; ten, he tarries;
Eleven, he courts; twelve, he marries.

Peter, Peter, pumpkin eater,
Had a wife and couldn’t keep her.
So he put her in a pumpkin shell,
And there he kept her very well.

You may be asking yourself why I would be sharing these old nursery rhymes.  When, I saw this picture of my daughter the other day, the “There was a little girl” poem immediately sprung to mind and the others quickly followed.

As on and on the time old recitations rambled through my mind, I started to listen carefully to the words.

Oh, they are just old rhymes, they don’t mean anything.  Do they?

I know that the ‘Ring around the Rosie’ rhyme refers to the time of the Bubonic Plague in England.  ‘Mary, Mary, quite contrary’ is a picture of Queen Mary of England and her persecution of the Protestants.  But what about the rest?

When our children hear these rhymes, they don’t really mean anything.  Our children aren’t looking for hidden meanings and subversive messages.  I think that it is important for us, though, to pay attention to the things we are setting before our children.

One of our older children sang the ‘There was a little girl’ poem to our youngest, emphasising the last word, horrid.  Throughout the poem, our little girl was smiling and dancing around.  But on that last word, she stopped in her tracks and her face fell.  Oh, the power of our words.

Am I suggesting that you never tell another nursery rhyme or poem?  Absolutely not.  They are a large part of our history.  In fact, in many ways, these little ditties were used to teach history.  I am just encouraging each one of us to be aware of what we are saying.

Sometimes, we, as a culture, use words carelessly.  Not thinking about their true meaning or of the impact they might have on someone else.

Recently, someone sent around a picture of the Disney princesses and labeled each with a host of stereotypes.  What are the messages we are sending?

In a society where so many are struggling to find their identity, any identity, we have an opportunity and a responsibility to be careful with what we say and how we say it.  The messages our words and the things we accept send our sons and daughters will shape the values they hold as they grow.

It sounds silly, I know.  But there is some wisdom in their rendition.  Jack was careless and bold.  In his brashness, there were consequences.

Thanks for bearing with me through this meander.  As one who appreciates a good word I thought this was worth considering.

Proverbs 25:11
A word aptly spoken is like apples of gold in settings of silver.

One Reply to “There was a little girl…”