The Tallest Flower Gets Picked 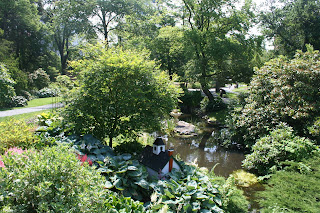 Earlier this week, we had the priviledge of attending our son’s “Joining Ceremony” for the military. Seven young men gathered together with a collection of officers and NCMs and pledged their fidelity to Queen and Country.

As a mother, there was a certain amount of pride in knowing that out of over 1200 applicants, only 350 were selected and our son was one of them.  After years of hard work, prayer, tears and successes, his goals are being realized.

We have always encouraged our children to strive for excellence: whether in academics, relationships or in their personal life with the Lord.  Excellence is not the same for everyone.  Having more than one child, that fact is evidenced daily.

Above and beyond the world’s standard of excellence is God’s standard.  When I reflect on all of my feeble efforts at excellence I also see the rewards from my Father in Heaven when those efforts were supported by an excellent attitude.

1 Timothy 3:13
Those who have served well gain an excellent standing and great assurance in their faith in Christ Jesus.

We all serve something or someone: be it time, people, money or God.  How we serve is paramount in the effectiveness of our service.

The Commodore who presented the Officer Cadets with their certificates was around six feet tall.  He towered over all of the cadets save one.  When that young man came forward, the Commodore pulled up a chair and stood on it while he shook hands.  The comment he made, as he smiled down into the face of the new recruit was, “The tallest flower gets picked.”

In other words, those who stand above the rest/apart from the rest are noticed. 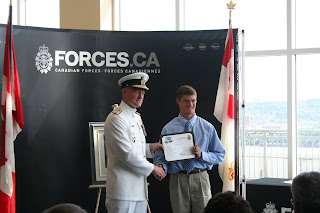 Don’t let anyone look down on you because you are young, but set an example for the believers in speech, in life, in love, in faith and in purity.