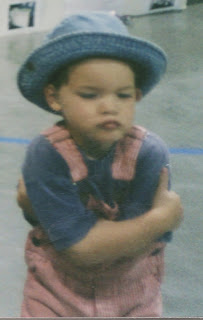 If you have a strong willed child, you understand that some days are almost beyond the endurance of even the best parents (whoever they are).
My husband and I have been blessed with five wonderful children; two boys and three girls. All of them have strong personalities but one of them, more than the others, has a strong will. As a toddler, when pushed where he did not want to go, he seemed to disappear into some far away place in his head. When he was angry (which seemed to be a lot!) his eyes almost seemed to be vacant. For the first year of his life, I slept with him on my chest – it was the only way to get him to stop crying. Once, the doctor advised us to simply put him in his crib and let him cry. We were at the very end of our coping skills and were willing to try almost anything.
In the middle of the night, after what seemed to be forever, my husband rolled over and laid his hand on my arm. “The crying just doesn’t sound right. I’m going to check on him.” Knowing that meant that I was about to hold him for another seven or so hours, I began to rearrange the pillows. “Oh no!” I heard gasped from the baby’s room. He had wiggled and squiggled until only his head and one shoulder were still inside the crib (before the distance of the bars became law) and the rest of him was dangling from between the bars. My husband disentangled him and embraced the squalling body knowing that he loved him with all his heart.
At that moment, we were more committed than ever before to loving and raising this little boy. It has never been easy. It hasn’t always been fun. In fact, I spent much of that next year in tears of exhaustion. BUT it has always been worth it.
If you have a strong willed child, you know that your child has triggers; things that seem to make it more difficult for them to cope with what is going on in their lives. For our strong willed child, unexpected change was one of the worst things we could do to him. There were times where it was inevitable, but if we took the time to prepare him, the trauma of his reaction could often/sometimes be avoided.
Our friends and family offered plenty of advice. We also received our share of criticism. Once, we were invited to a special event where the hosts hired two babysitters. Years later, I found out that they told the babysitters that one was for all of the children and one was for our son. Those are hard words for a mother’s heart. My child certainly had times when he misbehaved, but he also had times when he was a champion. He never hesitated to take on the bully to protect someone not as strong. He fervently seeks truth. He despises hypocrisy. He is so tender with younger children and respectful and courteous to the elderly. He loves to play and laugh. Yet, during those early years, many did not seem able to look past the areas where he needed to grow.
I have yet to meet a child – or an adult – who was without fault. I think that it was very telling when the men were preparing to stone the woman caught in adultery and Jesus admonished them,
John 8:7
If any of you is without sin, let him be the first to throw a stone.
As parents, we all want to be the best at our job. We all want our children to be wonderful. Sometimes in that quest, we look at the struggles in another family’s journey and are quick to point out exactly what they are doing wrong. Is it possible that someone else is doing exactly the same thing to your family?
Parenting a strong willed child can be a challenging time but if you are faithful there will be fruit. My strong willed child still has days that make me want to tear my hair out (my husband, incidentally, is bald) but he also is the one who hugs me every (almost) night before bed and shows such tenderness to others in need. He embraces life and is delighted with those who choose to walk with him. He has zero tolerance for unkindness (of any kind) and we have seen him walk away from a friend who treated others with disrespect.
Do not be discouraged!
Isaiah 41:10
So do not fear, I am with you; do not be dismayed, for I am your God. I will strengthen you and help you; I will uphold you with my righteous hand.
Stick with it and believe that God made each of your children exactly as He knew they needed to be. He made each one in His image and He is able to work in each of their lives as they grow. That strong will, in older years, will often look like perseverance, diligence, faithfulness and work ethic.
God loves me, you & our children just the way we are but
too much to let us stay that way.
Parenting a strong willed child means that there will be times that you don’t feel as though you can survive a moment longer. It means that some of your friends will distance themselves from you because they are not enjoying the process. It means that you will be tired, hurt, frustrated and baffled as to what to do next. Just like anything else, parenting a strong willed child is a learning process. You will make mistakes. That’s ok. Any area of growth takes time and when you reach the other side of it, it will be all the more amazing for the effort that you gave it. 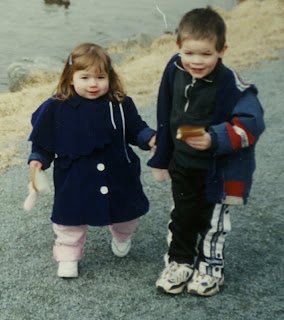 Your child will be little for such a short time. Make the most of every opportunity and remember that God chose you specifically to parent this child.
Proverbs 22:6
Train up a child in the way he should go and when he is old he shall not depart from it.
Luke 2:52
And Jesus grew in wisdom and stature, in favour with God and man.
A strong willed child teaches us grace. Grace teaches us to love with God’s love. Praise God for your strong willed child as they help you become more like Christ.

2 Replies to “The Strong Willed Child”