The Power of the Tongue 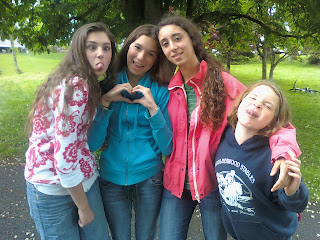 When I was younger, I taught swimming lessons.  When I was training teenagers who wanted to become swimming instructors, I stressed the importance of saying what you mean.  For example, if you want someone to do better front crawl you don’t just say, “Do better front crawl.”  You need to step by step take a person through the process.  In order to help candidates understand, I would blindfold one and tell them that they were six years old and had never done front crawl before.  The other was to be the instructor and had to use their words to convey the message to the learner.  There was some hilarity as one misunderstood and the other searched for better ways to express themselves.

James 3:5-12
the tongue is a small part of the body, but it makes great boasts. Consider what a great forest is set on fire by a small spark. 6 The tongue also is a fire, a world of evil among the parts of the body. It corrupts the whole person, sets the whole course of his life on fire, and is itself set on fire by hell.
7 All kinds of animals, birds, reptiles and creatures of the sea are being tamed and have been tamed by man, 8 but no man can tame the tongue. It is a restless evil, full of deadly poison.
9 With the tongue we praise our Lord and Father, and with it we curse men, who have been made in God’s likeness. 10 Out of the same mouth come praise and cursing. My brothers, this should not be. 11 Can both fresh water and salt