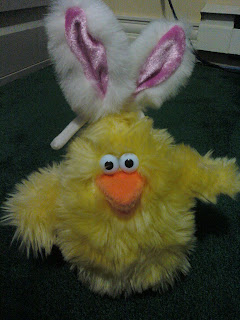 Easter, like Christmas, is one of those times that is highly symbolised.  After all, who has not heard of Santa or the Easter Bunny?  I will give you a hint, 2000 years ago, nobody had.

Like most other families, we enjoy traditions and we enjoy silliness and we enjoy having “bonus” days with no work or school that allow us to spend extra time together.  We are, however, very careful to make sure that the ‘symbols’ of the day do not become more important than the ‘reason for the day’.

Over the past few days, I have been talking to people about what Easter means to them.  For most, it is chocolate bunny day and an extra long weekend.  To some though, Easter is an opportunity to devote some extra time and attention to the root of who they are.  The crux of it lays in what you believe.

As a Christian, I believe that Christmas represents the time of Christ’s birth (I know the dates are not accurate).  Believing that Jesus is the Son of God and that He came to seek and to save those who are lost,

I also believe that Easter is the time when Jesus not only went to the cross to die for my sins (and incidentally, your sins and the sins of the whole world).  Moreover, I believe that Easter is a memorial to the time when Jesus, after having died and been buried, rose from the dead to become a living Saviour.  Just like with Christmas, I understand that the origins of Easter were pagan and I understand that the dates and times are not exact.

There is a choice to make here.  Christmas and Easter, both, stem from pagan rituals and were adopted by the ‘christian’ church of the time in order to bring some form of unity to very divergent belief systems.  Over the passage of time, both unbelievers (in Jesus Christ) and Christians have added traditions and symbols to the celebrations.  In many cases, Christians have actually incorporated pagan traditions into their Christian celebrations (like Christmas socks and Easter egg hunts).  In some ways, Christians have kept pagan traditions and assigned them new meanings (like the sunrise service).

There is no end of debate on the right and wrong of today’s festivities and activities.  Each family needs to sit down with God and have a serious look at why they do what they do.  Is it just because they did it when they were children and it was ‘fun’ so their children should do it too?  Is it because there is an integral message in what they are doing that defines who they are and what they believe?

Jesus was very clear about ‘tradition’.

Matthew 15:3
Jesus replied, “And why do you break the command of God for the sake of your tradition?

Mark 7:8
You have let go of the commands of God and are holding on to the traditions of men.

Mark 7:9
And he said to them: “You have a fine way of setting aside the commands of God in order to observe your own traditions!

1 Corinthians 12:2  You know that when you were pagans, somehow or other you were influenced and led astray to mute idols.

then we can stand before Him with a clear conscience.  If we decide that what we are doing is really based more in the traditions of the land and of the world than on the Word of God, then it is up to us to take that before the Throne of Grace and make the decision to remove from our lives ANYTHING that usurps the place of God.

I cannot answer for what anyone else is doing in their home.  I can only account for what we do in our home.  Can I tell you a secret?  Well, it is not really a secret, but I have sometimes had to stop doing something that originally I did without thought.  You know what else?  Sometimes I have had to start doing something that at one time held no meaning to me or that I did not understand.

Just because we have ‘always’ done something does not mean that we have to continue doing it.  As Easter Sunday approaches, put some thought into what you believe, why you believe it and what you are going to do about it.

2 Timothy 2:15
Do your best to present yourself to God as one approved, a workman who does not need to be ashamed and who correctly handles the word of truth.