Stick Your Fingers In Your Ears

21 December, 2011Under His Wings - devotional blog 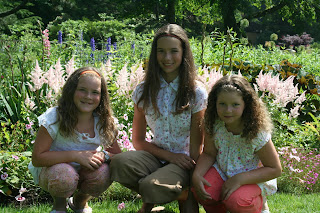 “I don’t wanna listen to that!”

“If you don’t like it, stick your fingers in your ears!”

Ok, so as I lay in bed listening to the (not so) loving banter between my children, I wanted to stick my fingers in my ears!

They were fighting about whether to listen to Christmas tunes or Adventures in Odyssey whilst completing their kitchen chores.  After 15 minutes of bickering, the kitchen could have been almost cleaned and then they could have gone to their corners and listened to whatever they wanted.  Instead, they fixated on having their own way – regardless of the way they were treating one another.

After some talking back from the one who was insisting that she get to choose (even though she is generally the one who chooses) I told her to stick  her fingers in her ears and then she could listen to her thing later.  So, in the literal way of children, she returned to the kitchen and proceeded to make a show of drying the dishes with her fingers stuck in her ears.  Let’s just say that the only thing she was accomplishing was proving her point.

She was so determined to have her way that she totally lost sight of what she knew was right.

How often do we set our sights on what we want and in so doing miss what is best?

Colossians 3:23
Whatever you do, work at it with all your heart, as working for the Lord, not for men,

Ephesians 4:29
Do not let any unwholesome talk come out of your mouths, but only what is helpful for building others up according to their needs, that it may benefit those who listen.

The next time you are tempted to (or you hear your children)  straying down the path of “me, me, me” or you hear the voice in your head telling you that you should have your way, stick your fingers in your ears and remember Ephesians 4:29 and focus on building up those around you as you pour out God’s love for them with your positive attitude.