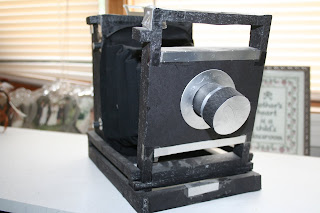 This morning I goofed!

Our eldest three children spent the last week at camp.  They had a wonderful time and when they rolled in at midnight, they dropped their bags and headed to bed.

This morning, in order to be helpful, I scooped up our younger son’s clothes from his suitcase and loaded up the washing machine.

As we tidied the house, everything was going great until my daughter, panicked, whispered in my ear, “Mummy, Zac’s camera went through the wash!”

My heart sank to the pit of my stomach.  Two years ago, Grandma gave Zac this camera for Christmas.  It was more than she would normally spend so some of his hard earned paper route money also went into the purchase…and I washed it.

Briefly, I considered not saying anything until I knew if it was damaged but I swiftly put that thought away.  I searched out my son, looked into his eyes, confessed my transgression and apologized.

Immediately, I saw the upset on his face.  He was hurt, sad, disappointed and even angry.  As I watched the myriad of emotions flit behind his eyes, I explained my mistake and reassured him that I would replace the camera if it didn’t dry out and work again.

The change in his disposition was instantaneous.  As soon as he knew that I was repentant and that I had a plan for reconciliation he was able to process how he would react.

He still was not happy with what had happened, but he understood that I knew how important it was to him and that I valued how he felt.

“Therefore, if you are offering your gift at the altar and there remember that your brother has something against you,  leave your gift there in front of the altar. First go and be reconciled to your brother; then come and offer your gift.

Our relationships are so important.  Even if it is difficult to confess and apologize, the reward is beyond measure.  My son is so precious to me.  I do not relish the thought of having to replace his camera – I would much rather spend the money doing other things but no other thing bears the value of my relationship with my son.

2 Corinthians 13:11
…listen to my appeal, be of one mind, live in peace. And the God of love and peace will be with you.