For Such a Time As This

17 November, 2011Under His Wings - devotional blog 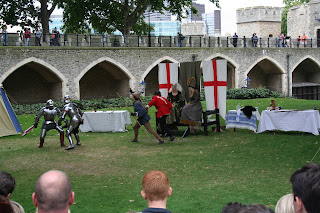 A young Jewish girl is put in the palace of a king…
A boy and his sling are put in the path of a giant….
Two women, cousins, are pregnant at the same time…
A donkey refuses to proceed down the road…
A Samaritan passes by…

A mother holds the hand of her child.
A wife stands by her husband.
A woman comforts a friend.

No matter the situation, do you believe that God orchestrated it?

On Sunday, we were in Truro for a funeral.  One of my father in law’s cousins had passed away.  We have a dear friend in the town and so after the funeral we were going to visit her.  On route, we witnessed a terrible bicycle accident.  Because we there for the funeral, we were able to stop and help.

How can I question that God knew that the boy in the accident would need my help?

So many times, things happen in our lives that we do not understand.  It is difficult to know why God allows us to be in certain places at certain times but time after time, He teaches us through situations.

As a mother, it is challenging to stay encouraged and positive when I am dealing with bad attitudes, drama or disobedience.  There are days when I want to throw in the towel, send them to public school and sit down with a hot cup of tea and take care of me.  And then I think of the cross.

Our Lord did not want to go to the cross.  It was not easy or comfortable.  The suffering He was going to endure did not appeal to Him.  But He went anyway.

God the Father knew that His Son would be needed ‘for such a time as this’.

It is hard work being a mum and it often goes without recognition.  In a time when many children are raising themselves, God is calling for faithful mothers who will train their children for the Lord.

When you are unsure as to why you are struggling with unmanagable children and an unsatisfiable husband, remember, God put you there for such a time as this.  Your job is not to change them but to love them and show them God through your life that they may be won over to Him.  1 Peter 3:1

Take heart that you are God’s plan in action and no matter what you are facing, if you are trusting and obeying God, He has and will equip you even for such a time as this.

To read more about how God has placed His people:

A young Jewish girl is put in the palace of a king… Esther
A boy and his sling are put in the path of a giant….
1 Samuel 17
Two women, cousins, pregnant at the same time… Luke 1
A donkey refuses to proceed down the road… Numbers 22
A Samaritan passes by… Luke 10:25-37