Acts 3:16
By faith in the name of Jesus, this man whom you see and know was made strong. It is Jesus’ name and the faith that comes through him that has given this complete healing to him, as you can all see.

Acts 3:19
Repent, then, and turn to God, so that your sins may be wiped out, that times of refreshing may come from the Lord.

Just before we were married, my soon-to-be sister-in-law asked me how I came to be saved.  What a question!  I was marrying into a family that started and led churches.  A family that knew Scriptures that I had yet to even read.  A family that definitely purposed to live for the Lord.

For those who don’t know me, suffice it to say, that is not how I grew up.  The world and I could not have gotten much closer.  Even though I was a Christian at the time of the question, and had a Spirit-filled desire to grow in the Lord, I was not what they had expected Jeff to bring home.

I felt challenged and somewhat insecure.  I was unsure how to answer, where to even begin.  The Lord, in His grace, gave me these words, “I had dug myself a great big pit and jumped in.  The only way out was with the Lord.”

After all of the choices I had made apart from God, He still loved me so much that He led me to make the most important choice with Him.

It was just before Thanksgiving of my grade 12 year and I was sitting alone on my bed.  I was living in a single room in a boarding house.  The taxi driver on the other side of my paneling wall had his TV up full blast and the dark night was teeming with rain and wind.  As I sat there more alone than I ever imagined anyone could ever be, I picked up my little Gideon’s New Testament.

What on earth possessed me to bring that when I had so little?  (rhetorical question)

As I sat in the glow of the streetlamp and my table light, I read God’s Word, His promises to me.  I saw His faithfulness and was overwhelmed by His amazing love.

What was He asking?  He was asking me to repent.  That meant not just confessing my sins but also asking for His forgiveness.  It also meant having faith that He was the one and only true and living God.

No matter what has transpired since that day when I accepted the Lord Jesus Christ as my saviour  I know that everything I am is because He healed me and made me strong in Him.  Some days I feel weak, very weak.  When I reflect on those days though, it is usually because I have tried to take on the world in my own power.

It is faith in the Lord Jesus, that gives me strength.  It is His saving work at Calvary that has wiped out all of my sin, and it is hope in Him that brings refreshing.

The next time someone asks you how you got saved, don’t worry about telling them everything that you did wrong – tell them instead about everything that Jesus has done right. 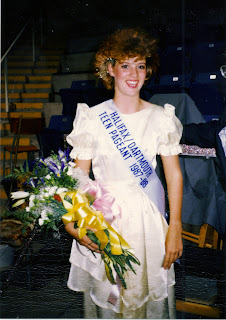 One Reply to “By Faith”