An Army of Ants 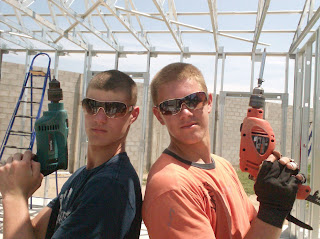 Have you ever watched an army of ants at work?  Each one seems to move with purpose and direction.  They are always going: back and forth, they look so industrious.

Once, when I was out gardening, I moved a rock and happened upon a nest.  All of the tunnels were exposed and I could see where the eggs had been laid and where the food was being stored.  Those ants were not impressed!

In the space of about three minutes, the colony of ants removed everything that was important to them and left behind nothing save the tunnels.  Not an ant remained to see if I was even going to intrude further.  They knew what they had to do and they wasted no time.

One of the lessons I learned watching these ants was that everyone had a job to do and everyone did their job.

That may sound like a pretty simple lesson but as an adult, I have seen far too many situations where people really struggle to work together.  We see it in our children as they learn how to play together.  We see it at chore time, we see it in board meetings, on church committees and even between husbands and wives.  Our jobs could be big and seen by many or they could be small and often go unnoticed.  We could be in the public eye or simply picking up socks.

For our homeschooling convention, I work with an amazing team of volunteers.  One of the things I appreciate most about these folks is that once tasks are taken on, there is no fuss over what anyone else is doing.  Everyone does their job and they do it to the best of their ability.  There’s no nagging involved or nitpicking about what someone else is doing.  The team has a goal and everyone on the team is responsible for their own tunnel and cares for their own eggs – just like the ants.

Knowing what you are doing and why you are doing it is key to being an effective tool for the Lord.  When we keep our focus on the one for whom we are working our jobs will take on all new meaning.

And whatever you do, whether in word or deed, do it all in the name of the Lord Jesus, giving thanks to God the Father through him.