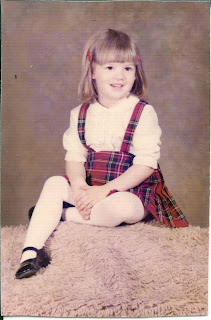 In Acts 12, the Lord delivered Peter from his Roman captors.  When Peter went to the home of Mary, mother of John – also called Mark, many people were gathered there.

Acts 12:13
Peter knocked at the outer entrance, and a servant girl named Rhoda came to answer the door.

We don’t know anything about Rhoda, but her role in God’s plan was significant enough that in His Word, He called her by name.

There are many women in the Scripture who had public and easily identifiable roles.  It makes me wonder why He would single out the “girl named Rhoda”.

Acts 12:14-15
When she recognized Peter’s voice, she was so overjoyed she ran back without opening it and exclaimed, “Peter is at the door!”
“You’re out of your mind,” they told her. When she kept insisting that it was so, they said, “It must be his angel.”

It would be easy to say that all that Rhoda did was answer the door but if we look a little bit closer, we will see three things that were the crux of Rhoda’s role in God’s plan.

In humility, Rhoda served others.  That was her job.  She was also a servant of the Lord.

2. Rhoda was overjoyed with the love of God and His provision.

When Peter arrived at the door, she was so overcome with joy that she left  him standing outside on the stoop.  Her joy in sharing what God had done outweighed all else.

Even when the people didn’t believe her, Rhoda was faithful and persistent.  She didn’t give up until she was heard.

Rhoda may not have been recognized as much in her day.  The value, I think, in calling her by name is in acknowledging her example in doing what is right.

Another time, again in Acts, God mentions a woman we know nothing about by name.

Acts 17:34
A few men became followers of Paul and believed. Among them was Dionysius, a member of the Areopagus, also a woman named Damaris, and a number of others.

The only thing we ever hear about Damaris is that she became a believer.

What more could possibly be said?  No matter what else she may have done, Damaris’ greatest accomplishment was that she believed.

When my story is told, I don’t want to need more than one line,

“A girl named Stephanie, she believed.”